A reverent song of peace and respect, Day is Done, is the perfect day-ending lullaby for your little one.  Here are the lyrics for Day is Done, and parents will already know the melody as the famous bugle tune, Taps.

The instrumental version is played every night at bedtime to signal lights out at military installations and scouting events throughout the United States, symbolizing all is at peace and ready to rest for the end of the day.

All is well, safely rest,

(Sung to the Tune of Taps) 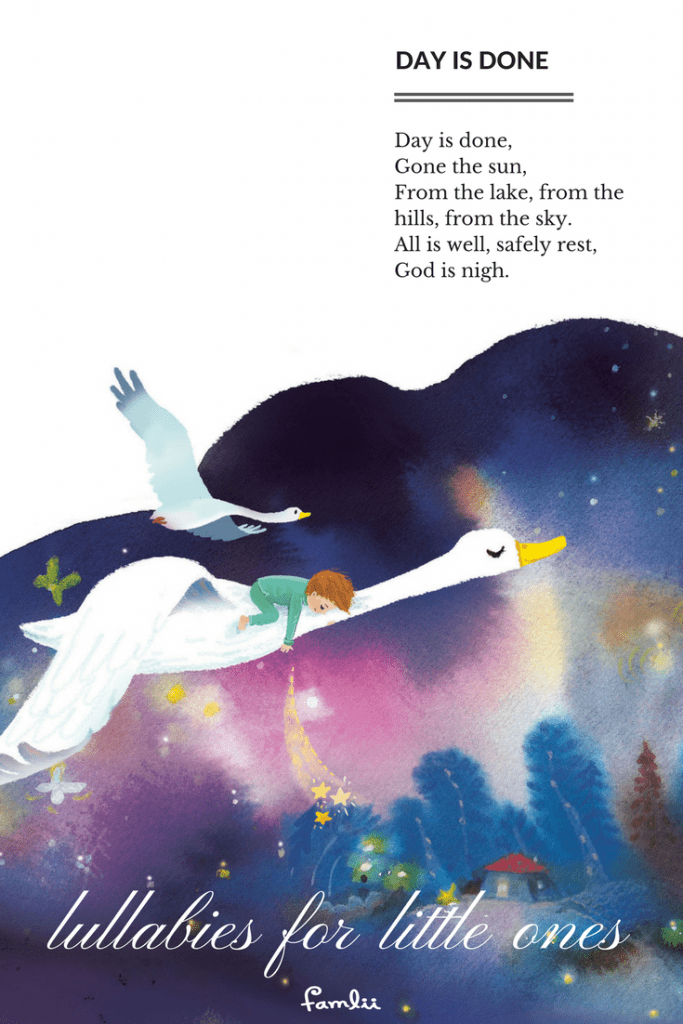 The song is also known as “Butterfield’s Lullaby”, or the famous bugle tune, “Taps.”

The music was originally written by Brigadier General Daniel Butterfield, with the lyrics added later by Horace Lorenzo Trim. The instrumental song is often played at Boy Scout and Girl Scout events, though most traditionally known for its use at solemn military events.

The Full Lyrics to Day is Done

Day is done, gone the sun,
From the lake, from the hills, from the sky;
All is well, safely rest, God is nigh.

Fading light, dims the sight,
And a star gems the sky, gleaming bright.
From afar, drawing nigh, falls the night.

Thanks and praise, for our days,
‘Neath the sun, ‘neath the stars, neath the sky;
As we go, this we know, God is nigh.

Sun has set, shadows come,
Time has fled, Scouts must go to their beds
Always true to the promise that they made.

While the light fades from sight,
And the stars gleaming rays softly send,
To thy hands we our souls, Lord, commend.