Founder of the National Institute for Play and a pioneer of play research, Dr Stuart Brown advocates that play is critical for humans of all ages in his TED TALK, ‘Play is More than Fun, It’s Vital’, Recorded at Serious Play in May 2008, in Pasadena, California. 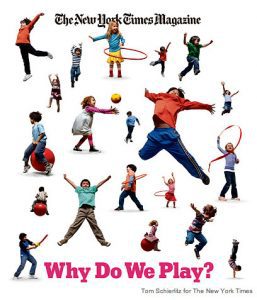 On February 17th 2008, the New York Times Magazine cover story, We Do We Play?, is all about play. But Dr. Stuart Brown of the National Institute for Play points out a critical missing element…..do you see any adults on their cover?

Polar bears dance ballet.  Junkyard dogs appear predatory only to bow and wag their tails.  If you look closely, adult wild animals are in a state of play. For humans, a mother gazing at her newborn infant is a beginning point of play.

If you want to belong in the world, you need social play. If you want to solve a problem, you need object play.To support development, rough and tumble play is critical, and like that of the wild animals, necessary for emotional regulation.

“Preschool kids, for example, should be allowed to dive, hit whistle, scream, and be chaotic”, advocates Dr. Brown, in order to support their cognitive, emotional, and physical development.

‘So what does play do for the brain? Well, a lot.’, states Brown who outlines ongoing research on the neurological benefits and necessity of play.

He concludes by encouraging everyone not simply to set aside time for play, but to actually infuse play into every moment of our daily lives. “You’ll have a better and more empowered life.”
[sc:bottomad ] 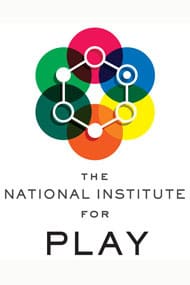 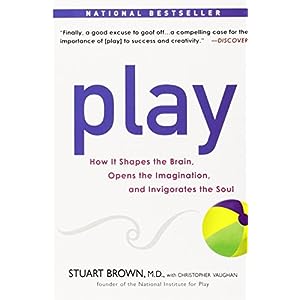 Play: How it Shapes the Brain, Opens the Imagination, and Invigorates the Soul

Research on the Science of Play. Play isn't frivolous; it's essential.

The Art of Play

Coping with Separation Anxiety: Tips That Build Trust with Your Child