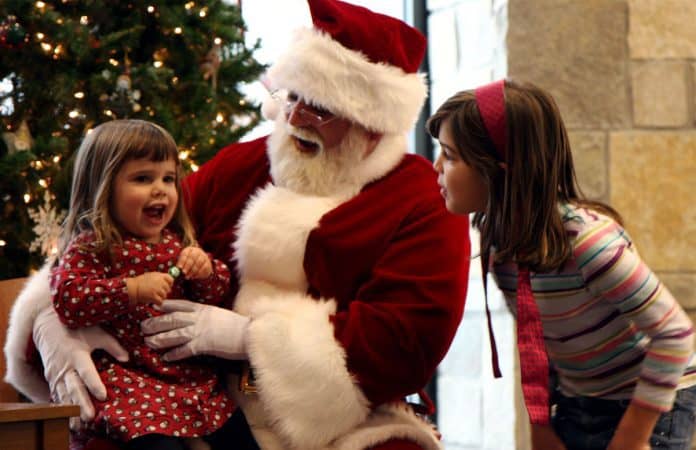 Celebrate the 150th anniversary of Up on the Housetop, the classic Christmas song written by Benjamin Hanby in 1864, with these free printable lyrics. 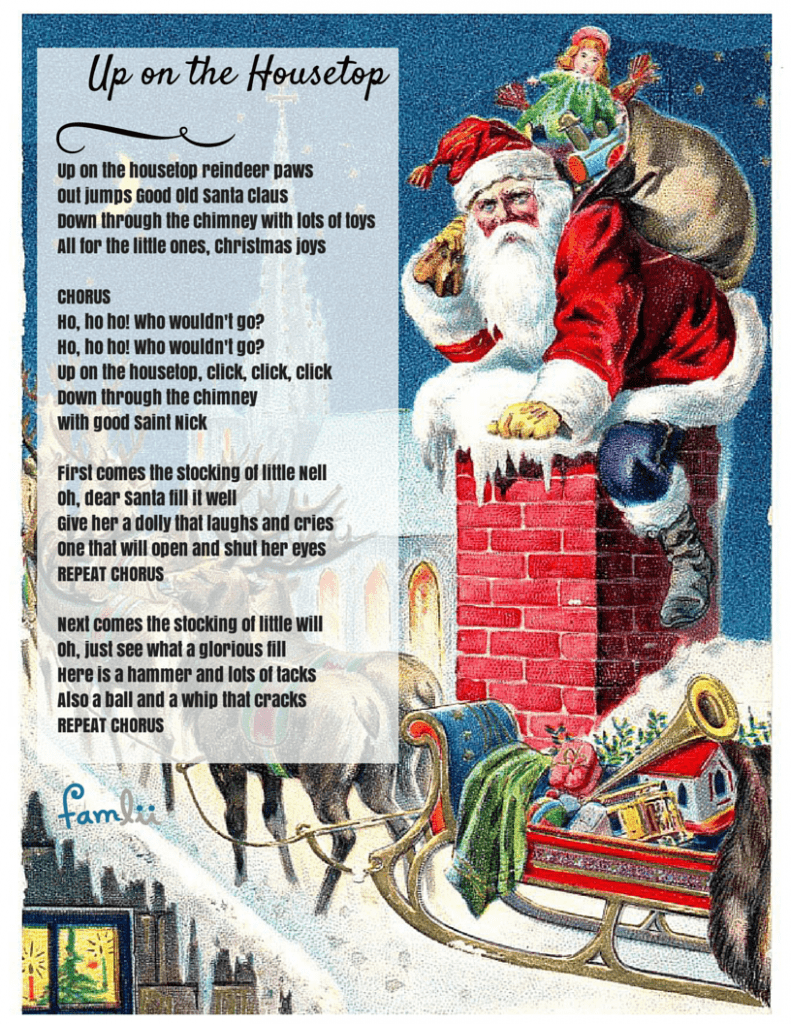 Up on the Housetop Printable Song Lyrics

What are the lyrics to Up on the Housetop?

Up on the housetop reindeer paws
Out jumps Good Old Santa Claus
Down through the chimney with lots of toys
All for the little ones, Christmas joys

First comes the stocking of little Nell
Oh, dear Santa fill it well
Give her a dolly that laughs and cries
One that will open and shut her eyes
REPEAT CHORUS

Next comes the stocking of little Will
Oh, just see what a glorious fill
Here is a hammer and lots of tacks
Also a ball and a whip that cracks
REPEAT CHORUS
[sc:inlinead ]

What were the original lyrics to Up on the Housetop?

Santa May Not Be Recognized (Original Title, 1864 by Benjamin Hanby)

Up on the house top, no delay, no pause
Clatter the steeds of Santa Claus;
Down thro’ the chimney with loads of toys
Ho for the little ones, Christmas joys.
O! O! O! Who wouldn’t go.
O! O! O! Who wouldn’t go,
Up on the house top, click! click! click!
Down thro’ the chimney with good St. Nick.
Look in the stocking of Little Will,
Ha! Is it not a “glorious bill?”
Hammer and gimlet and lots of tacks,
Whistle and whirligig, whip that cracks.
Snow-white stocking of little Nell,
Oh pretty Santa cram it well;
Leave her a dolly that laughs and cries,
One that can open and shut its eye 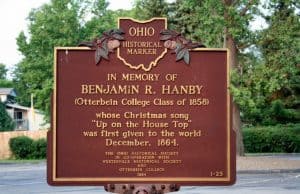 150th Anniversary of Up on the Housetop

2014 marks the 150 anniversary of Up on the Housetop. Hanby House in Westerville Ohio is on the National Register of Historic Places and a designated United Methodist Landmark. In 2011, the National Park Service also recognized Hanby House as an important Underground Railroad site.
[sc:bottomad ] 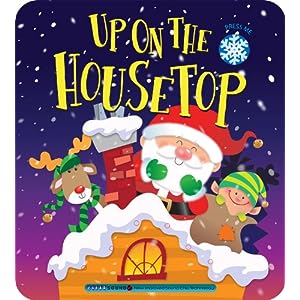 Up on the Housetop