From cancer risk to eye color, human genetics determines who you are, based on the DNA you inherit from your parents. But what is a chromosome, what is DNA, and what are genes?

Here’s some simple definitions for how human genetics works.

Every cell in the human body needs to know how to work and how to grow. These instructions are called DNA (deoxyribonucleic acid).

Like letters in an alphabet, DNA is the language that cells use to know what to do.

If a cell has too much or too little DNA, it will either die, or grow wrong, which can lead to cancer.  Every cell needs the right instructions to function normally.

What is a Gene?

Like a word in a book, a gene is the basic unit of DNA instruction. Each gene has specific job to do.

Some genes carry the instructions for making building blocks for cells, called proteins, or for turning DNA off or on, or instructions for how to modify other proteins or DNA within a cell.

For example, the KRT genes provide the instructions for how to make hair proteins, called keratins.  Depending on which KRT genes you have, your hair will be either curly or straight, or blonde, red, or brown.

What is a Chromosome?

A chromosome is how DNA is stored, and transferred from one cell to another. One chromosome contains hundreds or thousands of genes.

Human DNA is stored on 46 chromosomes.  Every cell needs all 46 chromosomes to live and function normally.  If a cell loses a chromosome, it no longer has all the instructions it needs to function and grow correctly. 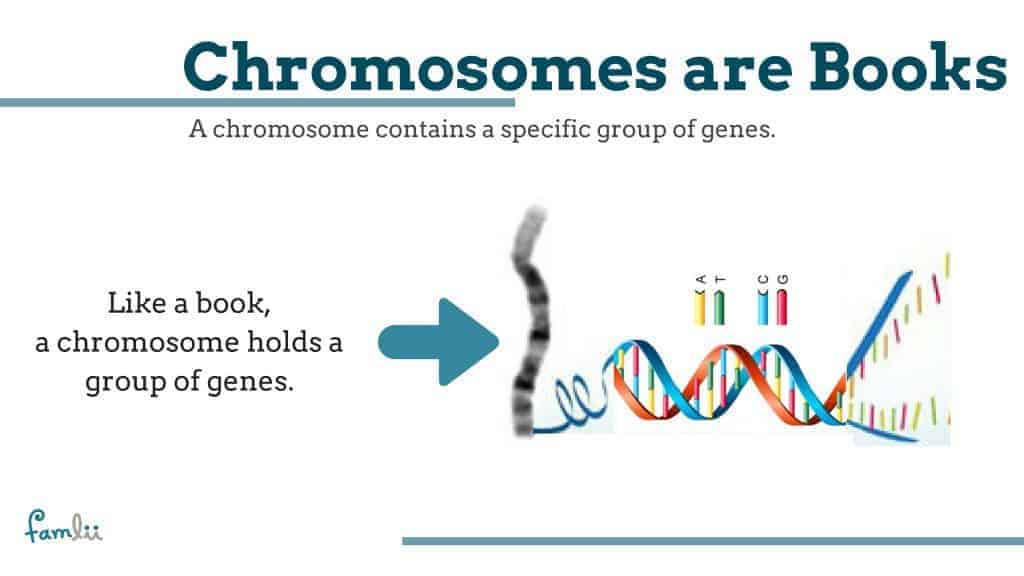 Other Facts About Human Chromosomes

What is a chromosome made out of?

What is a Genome?

A genome is the collection of all the DNA needed to make a particular living creature.

All 46 human chromosomes together make the complete human genome.

Other living things may have a different number of chromosomes and genes. For example, pigs have only 38 chromosomes in their genome, while hermit crabs have 254 chromosomes, which is the most chromosomes currently known in any animal species.  Potatoes have 48 chromosomes, so that’s two more than in humans!!!

A simple way to think about human genetics:  DNA are the letters, genes are the words, and chromosomes are the books, to make life work correctly.  A genome is the entire library for each living thing.

If any letters are changed in the DNA, the words no longer have the correct meaning. And without all the books, a cell does not have all the necessary instructions to survive. 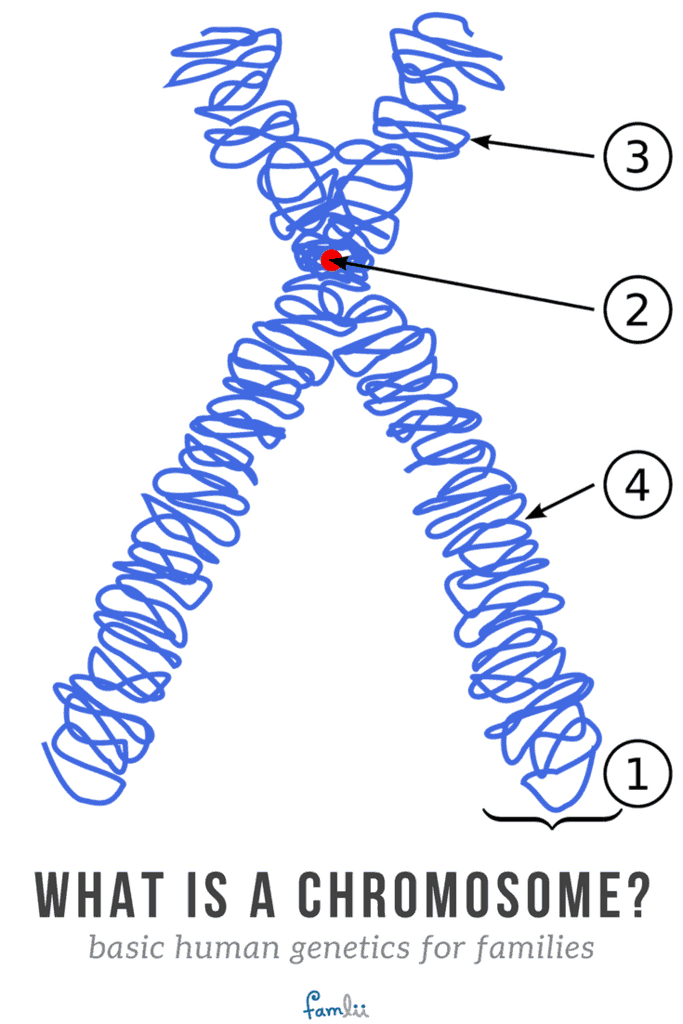 A basic introduction to chromosomes is available from the National Human Genome Research Institute.

How to Choose the Gender of Your Baby