Beloved author Dr. Seuss is still enchanting young readers with the release of Horton and the Kwuggerbug and More Lost Stories.

The new children’s book contains four lost stories that were originally published in Redbook magazine during the 1950s.

Horton and the Kwuggerbug and More Lost Stories by Dr. Seuss

The newly republished lost stories in the collection include:

Faithful Horton is duped into helping the manipulative Kwuggerbug. Once he give his word, he never goes back. After all, a “deal is a deal.”

When an inventive little boy Marco arrives to school late, he learns the difference between an imaginative story and outright lie. Seuss fans will remember the character Marco from stories “Mulberry Street” and “McElligot’s Pool”.

The Grinch is back to his sneaky ways, persuading the good guy Hoobub buy a worthless piece of green string. “And I’m sorry to say that Grinches sell Hoobubs such things everyday.”

This second collection of stories follows the 2011 release of the previous volume, The Bippolo Seed and Other Lost Stories, which was a New York Times best-seller.

To celebrate the new collection, here are a few fun facts about Theodor Geisl:

He worked on ad campaigns for Standard Oil’s Flit bug spray (catchphrase: “Quick, Henry, the Flit!”) and the Narragansett Brewing Company and Hankey Bannister Scotch, among others.

2. Dr. Seuss was a cartoonist.

He wrote parodies and political cartoons for publications like Life magazine and Vanity Fair.

He worked with famed director Frank Capra in Hollywood making war propaganda films and informational cartoons for soldiers during WWII.

Editor William Spaulding at Houghton Mifflin challenged Dr. Seuss to write a children’s book using only a few hundred basic words. The words were chosen from a “Just Know” vocabulary list for 6- and 7-year-olds.

His later works used a much broader vocabulary because he believed even young children could understand complex words and concepts.
[sc:inlinead ]

Theodor Seuss Geisel used his mother’s maiden name, and his middle, “Seuss” which was actually pronounced “Zoice” by the family, and by Dr. Seuss himself ……it rhymes with Voice!

Theodor Geisel graduated from Dartmouth and then entered a graduate program in literature from Oxford which he never completed. He did receive his first honorary doctorate from Dartmouth in 1955, followed by several other honorary degrees.

Theodor Seuss Geisel was born on March 2 1904, and he died in 1951.  Dr. Seuss’s Birthday on March 2 is one of the most celebrated days in children’s literacy.  Children of all-ages can rediscover the magic of Seuss through the new lost collection releases. Happy Reading!
[sc:bottomad ] 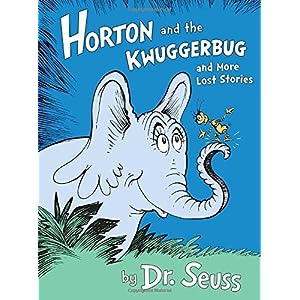 Horton and the Kwuggerbug and More Lost Stories (Classic Seuss) 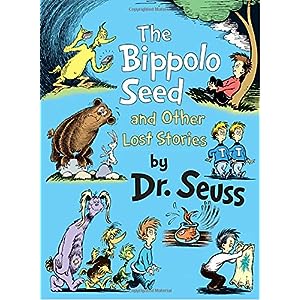 The Bippolo Seed and Other Lost Stories (Classic Seuss)

Watch Room on the Broom Together This Halloween