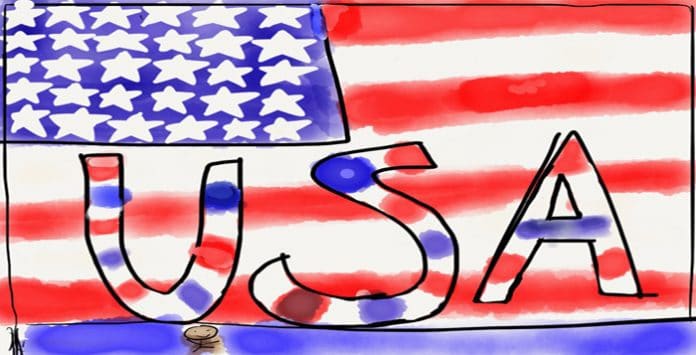 Who was Yankee Doddle, and why did he call his feather macaroni? These patriotic songs embrace the spirit of the Fourth of July. Take a moment to talk to young children about independence and why these symbols are so important to Americans.

The tune originated during the Seven Years War which occurred over 20 years before America became independent in 1776. It was actually sung by the British to mock the American soldiers for being “doddles”, or fools.
[sc:inlinead ]

Rather than being offended, Americans have embraced the term as a symbol of the American spirit. Yankee Doddle is the state anthem of Connecticut. And macaroni — well that means a silly, extravagant “fashion.” So grab some ribbons, feathers, and bows, and play “macaroni” dress-up!

Yankee Doodle went to town
A-riding on a pony,
Stuck a feather in his cap
And called it macaroni.
Chorus: Yankee Doodle keep it up,
Yankee Doodle dandy,
Mind the music and the step
And with the girls be handy.

Colors in the Flag 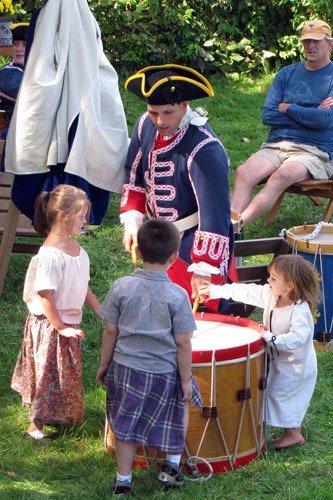 Sung to: “Mary Had a Little Lamb”

Fireworks, Fireworks in the Sky

This Land is Your Land

One of America’s most famous folk songs, This Land is Your Land was written by singer Wood Guthrie in 1940.

This land is your land,
This land is my land,
From California To the New York Island,
From the redwood forest,
To the Gulf stream waters,
This land was made for you and me.
[sc:bottomad ] 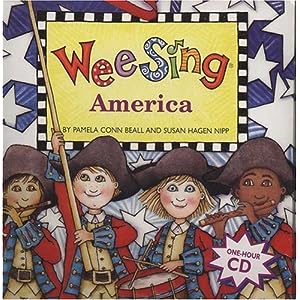