Women for centuries have tried to bias the odds toward having a boy or a girl. But can you  pick the gender of your baby before conception, and do any of these natural gender selection methods actually work?

Women research online. They buy books. Women consult their friends. Their Grandma swears by her family-secret timing and diet method. Your mother says it worked for her. The neighbor with 4 boys just KNOWS the Shettles Method ensured her 5th child would be a girl — and it was!!

Are all these natural gender selection success stories true?

Unfortunately, yes and no;  Despite the marketing myths, books, diets, and urban folklore, the sobering fact is that about 50% of the time women will get lucky; the other 50% will not.  Natural gender selection methods work precisely 50% of the time, just like Mother Nature’s own natural odds.

And, for every gender selection success story, there is a gender disappointment story. When using natural gender selection methods, 50% of women will get the opposite gender from what they hoped and planned for.

Here is a summary of the most common natural gender selection methods:

1Timing of Orgasm, Based on Religion

Though many religions discourage gender selection, some religions embrace the possibility.

The Talmud, a major book of Jewish law, says that if a wife’s orgasm precedes her husband’s, the baby will be a boy.

Many cultures offer sexual advice. For example, Romanian folklore says that if you want a boy, sprinkle salt in your bed prior to intercourse. For a girl, Make love on a rainy day.

Depending upon your particular religious beliefs, prayer is just as valid a gender selection method as any.

However, most religions acknowledge the futility of influencing a baby’s gender outcome.  As the famous saying goes,

‘You can make your plans, but the ultimate outcome is in God’s hands.’

2Timing of Conception, Theories Based on Astrology

An ancient Chinese astrology chart claims that a woman can use her lunar age and the lunar month of the year when she conceives to influence whether she will have a boy or girl.

These methods have been used for generations; of course, with 50% accuracy, the same as natural odds.

3Timing of Intercourse, Theories Based on Sperm Speed

What is the theory behind sperm speed?

The urban myth goes that Y-bearing (boy sperm) are lighter and swim faster, and X-bearing (girl sperm) are heavier and swim slower. This is the general basis of:

Over 30 years ago, Dr. Landrum Shettles, a researcher at the Fertility Research Foundation wrote How to Choose the Sex of Your Baby, based on sperm speed and uterine environment (see below). His book has sold more than 1.5 million copies, and many couples (about 50% — surprise, surprise!) vouch for its success.

However, despite decades of research, there is absolutely no scientific evidence to support this book, and the myth. Yes, girl sperm do contain 2.8% more DNA; but this does not result in any difference in sperm speed or weight.  None. Zippo. Notta.

But X Sperm do not Swim Slower…

While many pseduoscience research studies exist, there are NO statistically significant or scientific valid research to support Dr. Shettles theory, despite decades of research.  There are even studies which show the OPPOSITE effect!

This myth goes that Y-bearing (boy sperm) do not like acidic environments, so deep penetration sexual positions would help the boy sperm get to the egg ‘quicker’.  Similarly, douching and acidic diets (like cranberry juice) that increase uterine acidity and the acidity of the cervical mucus, would then favor a girl.

According the Shettles, couples wanting a girl should have sex in the missionary position (face-to-face with the man on top) to allow for a shallow deposit of sperm that has to swim through the acidic vaginal secretions.

There are also vitamin programs and gender selection diets that claim to influence a woman’s metabolism and her uterine environment.

Here’s some infographics about gender selection which summarize the myths for conceiving girls or boys: 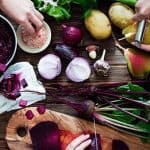 All these myths are completely untrue.  There is no scientific evidence to support that X or Y bearing sperm favor a particular environment.

Yes, the vagina is acidic and a dangerous environment for ALL sperm, in order to help prevent BACTERIA and YEAST infection growth. (Note: This is why douching and at-home turkey baster insemination techniques can be dangerous for women, and can lead to infections which reduce overall fertility. Please consult your doctor about risks.)

Lying down after sex, eating healthy, experimenting with sexual positions, and timing sex near ovulation are all ways too increase OVERALL fertility because ALL sperm will have a better chance of fertilizing an egg. But again, this has absolutely nothing to do with changing your gender selection odds.

In fact, all the girl techniques listed above will just lower your fertility; while all the boy techniques, just increase your fertility, WITHOUT changing the gender odds!

Polarity of the Egg 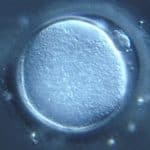 A related myth relates to the polarity of the woman’s egg.  This myth states that a woman’s egg may ‘favor’ a particular type of sperm over the other, based on her diet or simply the type of egg she produces.

It is true that certain environments favor the ability of an egg to become fertilized (this is how doctors optimize in vitro fertilization conditions). However the conditions of the egg have nothing to do with gender selection odds, and this myth has been dispelled by decades of scientific research.

There are no ‘girl eggs’ or ‘boy eggs’ folks!

5Male Abstinence and Boxers: Theories Based on Sperm Count

While there are numerous valid techniques for increasing sperm count, none of these techniques favors Y versus X sperm.  Simply having more sperm does nothing to change gender selection odds, nor does changing the alkalinity of the semen.

Summary: Wearing boxers for ALL genders is solid medical advice.

6‘Sperm Sorting,’ Based on Sperm Speed or Spinning

It looks scientific, but it isn’t, for gender selection.  The Ericsson method claims that Y bearing sperm can be ‘sorted’ based on their ability to swim faster through certain types of liquids, or ‘spun’ in a test tube to enrich for boy or girl sperm based on weight.

In fact, most fertility clinics do use these ‘sperm washing’ and ‘spinning’ techniques to help purify healthy sperm.

However, while it is true that ‘defective’ sperm swim slower and can be removed from semen, this is NOT based on whether a sperm is X or Y bearing.

Despite decades of research, there is NO scientific validity for using sperm speed or ‘spinning’ for gender selection.

Whether by religion, astrology, position, timing, diet, or other pseduoscience sorting theory, there are no natural gender selection methods which can statistically change the odds in favor of a girl versus a boy.

With regards to medical interventions (a.k.a. unnatural gender selection methods), only two methods have been scientifically shown to work for gender selection in clinical trials. Read more at How to Choose the Gender of Your Baby.

Remember, there are >250,000,000 sperm, only 1 egg, and always 50:50 odds for a girl or a boy. Eating beets, wearing boxers, and missionary position maybe fun to try — but natural gender selection is not based on science — it’s wishing, hoping, and praying. Which helps!

The belief in natural gender selection demonstrates the very real desperation that many women feel to have a particular gender.  Women want to believe, because they truly desire to have a girl or a boy. It is the hope that often clouds sound judgement, and unfortunately leads many women down the path to gender disappointment.

Remember that a baby, of whatever gender, is a precious gift to be treasured.

It Doesn't Hurt to Try Gender Selection, or Does It?

How to Have a Baby Girl: A Gender Selection Infographic